This pilot integrates all principal functions of a 2-Way control circuit in a single assembly. It is a direct acting pilot valve, actuated by a pressure responsive diaphragm, which tends to reach equilibrium with the set spring force. When used in a pressure relief/sustaining circuit, the pilot modulates open as upstream pressure rises above set point. An integral needle valve acts as an upstream flow restrictor as well as a closing speed control. 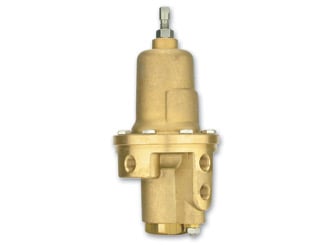